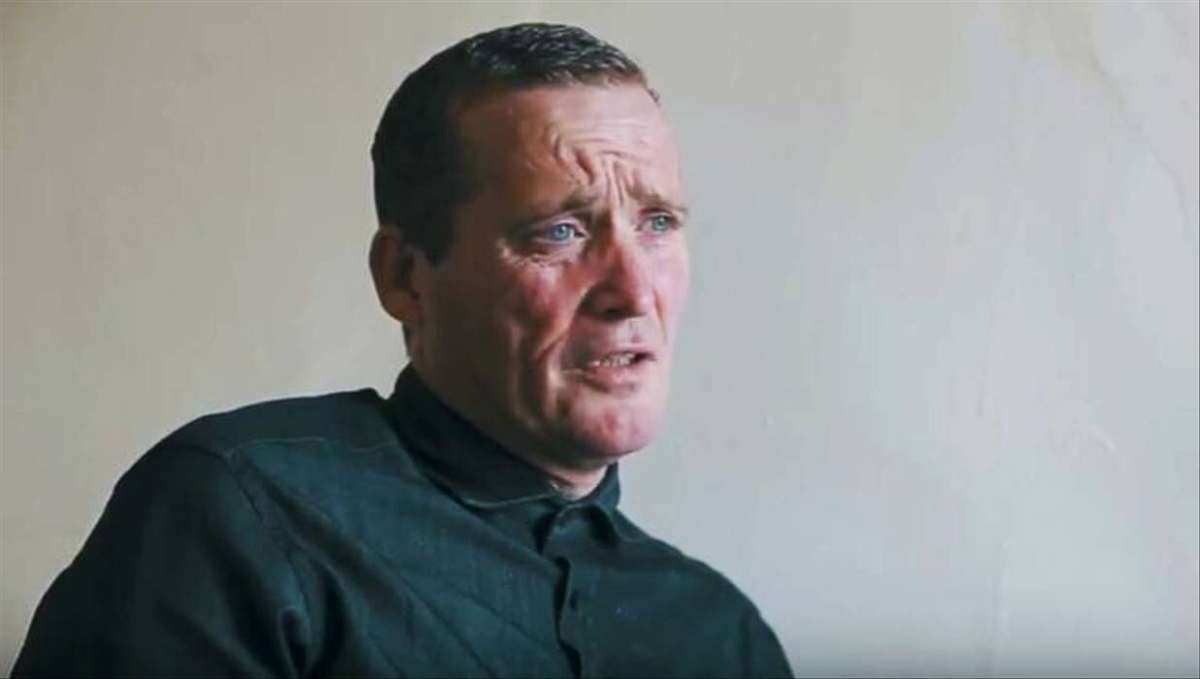 The UK has the highest prison population in Western Europe and it is rising.

Today there are 86,368 people in prison across England and Wales with around half of all crime being committed by people who have already been through the criminal justice system.

This reoffending problem is continually escalating and is currently costing the taxpayer an estimated £9.5 to £13 billion each year.

David Higham is an ex-offender and former drug addict who has spent over 25 years in and out of prison since the age of 16, racking up over 100 criminal convictions.

Since David last left prison a decade ago in 2007, he has dedicated his life to supporting both ex-offenders and drug addicts by setting up The Well, a growing recovery community in Lancashire and Cumbria.

UNILAD spoke to David about his story in an exclusive interview you can watch below:

At the age of 12 David started taking drugs in an attempt to feel he was ‘a part of something’.

He explained to UNILAD:

I really wanted to fit in because I didn’t have that much confidence, I didn’t really like myself so I always wanted an escape from the house or school and to be out in the community.

In order to be a part of that my peer group was taking heroin. I didn’t even know it was heroin, they said it was gear.

I was that young and naive I didn’t actually know. Before I knew it I was addicted.

Soon David started committing crime with his peers as a matter of course and quickly found himself behind bars at the age of 16, then again and again – for over 25 years.

Usually I would have six months out of prison and I was nicked again and back in and that was what it was like. It went on for years.

What else am I going to do? What else would I do? I’m back out there with £37 and nothing else, I’m just going to pick up where I left. I still felt like I wanted to be a part of something and be a part of a community.

So I go back to my peers who I took drugs with, who I was in prison with and who I committed crime with.

Seeing that there was a lack of support for people leaving prison with an addiction, David decided to set up The Well with the first hub launching in Lancaster in 2012.

Now there are sites across Lancashire and Cumbria which support ex-offenders and drug addicts by providing services that include therapeutic programmes, recovery housing, family services and social activities.

I didn’t see anyone breaking free from prison or drugs. They had a life to offer or are dead, that is what happens.

There needed to be something for people coming out of prison and rehab to go into. What is the point of doing all this work and when they come out there is nothing for them so they feel alone, fearful and isolated?

It’s pointless. They are always going to go back to what they know.

I had this passionate desire to do something and so I started The Well. I wanted something visible. I wanted a beacon to say if you want to break free from crime and addiction, this is where it is at.

A safe environment where you are going to build long lasting relationships, where you can have a life beyond your wildest dreams and no longer do you have to suffer a life of addiction and crime.

If you want to break free, there is a solution and way out.

She spoke to UNILAD about her experience with The Well:

When we come out of our addiction a lot of us have forgotten how to live, how to clean, how to even look after ourselves.

This is the most powerful thing I have experienced in my entire life. My family have all come back piece by piece.

It has given me something I have never known how to have.

For David the highlight of his experience with The Well is seeing how his work is helping others recover.

I feel complete when I see someone like Adele or someone who has been in the prison system for over 25 years like myself who has never known hope and did not care whether they lived or die, smiling and walking down the street.

They are supported right through it. We are going to invest them into the community.

We are going to plant them in fertilised soil, so they will have a chance to grow and flourish and be the person they really want to be. It’s beautiful and magical.

His work has helped hundreds of people but there is a still long way to go to diminish the reoffending problem.

David is a remarkable inspiration though who will continue to encourage people to break free from their lives of crime and addiction.

To find out more about The Well, visit their website.

In this what will be the first podcast in a series of four I will be looking at adverse childhood experiences, how they can lead to addiction and for some a pathway to prison. Jackie Malton is a retired police officer and her own pathway to recovery from alcohol is well documented.

We examine the inner self and how Jackie, as an unpaid volunteer counsellor, helps people through recovery, many serving long prison sentences. Thus setting the way for a further three podcasts where I speak with ex offenders on their own path to recovery. It’s quite a journey.

I had my first drink at the age of 14. It did not take long for me to fall in love with the feeling of being drunk. After a long week of school, drinking became my homework. I would say I became a full-blown alcoholic at the age of 19 when I attempted college for the first of three times. Years later, I would have no idea just how much my drinking would affect my family and personal relationships. I was always in denial that I was an alcoholic even when people suggested that I might have a problem. I wish I had listened to them sooner.

My brain and alcohol is a bad combination. I was a belligerent drunk. I would become angry, irritable, moody and unpredictable. I would say things to family members and loved ones that I never meant to say. Even when I wasn’t drinking I felt like my alcoholism played a significant role in affecting my normal brain chemistry. It turned me into a real-life Dr. Jekyll and Mr. Hyde. Had I not been so oblivious, stubborn and ignorant to the fact that the problem was not necessarily me- the problem was my drinking- my life would have played out differently.

I recall a few nights where I would get blackout drunk, stumble lost around town and ended up having to call my parents to find me. Another night I was out with some friends, took a klonopin with alcohol and, according to my friends, I went to the bathroom out in the public parking lot. When I was under the influence, I was in my own world where anything goes. My drinking would soon create problems in a personal relationship that I held dear to me.

My drinking made me a lot more susceptible to caring too much or too little about simple, stupid things. My alcoholism combined with jealousy and arrogance made me toxic when it came to personal relationships. I was madly in love with one particular girl but yet I might have been in love with alcohol and cocaine more. I was financially stable but got complacent and selfish in the sense that my drinking and drug use would divert me away from what she wanted and needed.  I was oblivious to the severe mood swings and depression my alcoholism created. Instead of building us up, I was the one who dragged us down without ever meaning to. I just failed to realize that I was failing and didn’t do anything to try and change it until it was too late. She ended up breaking up with me after spending three years together. The devastating heartbreak would spiral me into an even deeper oblivion that I did not think I would get out alive.

I was now having to deal with the five stages of grief and deal with the guilt, shame and failure that my substance abuse created. I was beating myself up, asking myself how did I fail to see I had a problem? I would have gotten the help I needed sooner had I known the consequences and heartbreak I was about to endure. I would have done anything in my power to save the relationship but it was too late. My drinking would become even worse. I was now drinking out of severe depression. I was drinking to combat suicidal thoughts. I was drinking to self medicate and numb the pain.

My family members and others close to me watched me self-destruct like they had never seen before. My plan was to seriously drink myself into a coma or grave. Alcohol had already taken every good thing I had in life. I was ready to die by the bottle. My family could no longer stand watching me slowly but surely kill myself every night. My parents knew I wasn’t going to stop and I knew I wasn’t going to stop, so I agreed to enter a detox and rehab center.

Going into rehab opened my eyes quite a bit. I learned a lot about myself. I was able to grasp that I did have a problem and the causes and effects of my problem. I realized that I was not a bad human being, alcohol and drugs just turned me into someone I wasn’t. I wish normal people were capable of putting themselves in our shoes and our heads so they can understand what it’s like not having any self-control over alcohol or drugs.

We truly are powerless and fall victim to it. If anyone tries to say that alcoholism and addiction isn’t a disease, there are millions of other people in America and around the world who struggle or have struggled with substance abuse that can tell you it is definitely a disease or perhaps even more like a plague.

Kevin Repass is a recovering drug addict and alcoholic. He is a writer for a south Florida-based company dedicated to providing resources and information to all those struggling with drug and alcohol addiction.

All information shared on this website, written by the owner or any guest blogger content is intended for educational and informational purposes only. Nothing on SurvivingMyPast.net is a supplement for or supersedes the relationship and direction of your medical or mental health providers.

My name is Dave Thomas and I have been a police officer in the north west county of Lancashire, England for over 20 years. I have spent half that time on the road policing unit investigating fatal collisions and dealing with the emotional aftermath. I’m now a detective in a busy CID office specialising in child protection. I produce a podcast on wellbeing called Walk the Talk and host a web site covering numerous wellbeing topics for police officers and emergency service workers.

My Tweets
WALK THE TALK 999