Sarah-Jane (SJ) Lennie served as a police officer for 18 years before struggling with her mental health and finally making a personally difficult decision to change her career.  It was only at the point of finally speaking out about her own experiences of mental ill-health that she came to realise how many of her colleagues were also suffering, though no one was talking.

She is also an Ambassador for Police Care UK. 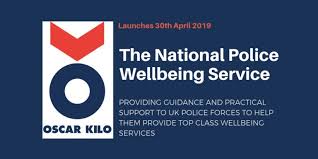 My name is Dave Thomas and I have been a police officer in the north west county of Lancashire, England for over 20 years. I have spent half that time on the road policing unit investigating fatal collisions and dealing with the emotional aftermath. I’m now a detective in a busy CID office specialising in child protection. I produce a podcast on wellbeing called Walk the Talk and host a web site covering numerous wellbeing topics for police officers and emergency service workers.